The Secrets of Hair Stylists who Lead the Trend

The Secrets of Hair Stylists who Lead the Trend

Last year, on the 6th of December, an award show was hosted by American Influencer Awards to pick the best talents in the beauty industry. This year’s event was geared toward recognizing the best influencers on the social media of recent time. The awards were divided into the total of 23 diverse categories including hair, make-up, nail, and skin care. Among the recipients, we focused on the four influencers who had a big impact on African American hair trend. What were the secrets of being at the spotlight when there are more than plenty of competition in the industry?

Have you seen a curly hair in rainbow? 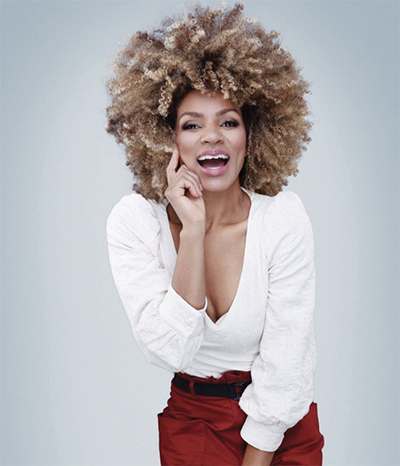 Textured Hair Stylist of the Year  As an immigrant from Cuba, Leysa is a colorist and African American hair texture expert. With more than twelve years of experience, she earned a national fame by trying various colors on textured hair. Beside from running a salon, she had been touring the various parts of the United States for Forever Curls’, a hair education project started herself, but the tour had been transitioned to an online education program due to COVID-19. She is also a brand ambassador for Redken and Mizani, both hair care companies.

Why coloring textured hair of African Americans is harder than others?  African Americans’ curly texture has a cuticle structure with rough openings, so if coloring is not properly done, you may lose the curl pattern. Unlike in straight hair, the nourishment and sebum secreted from the scalp are hard to reach the entire hair surface and the porous structure, prone to dry, needs to be protected by sealing in with oils and providing moisture after each shampoo, the frequency of which should be minimized. For these reasons, you do not often see curly hair in rainbow color. She developed the techniques after experimenting with her own hair for thirty years.

The No. 1 in glamorous styles 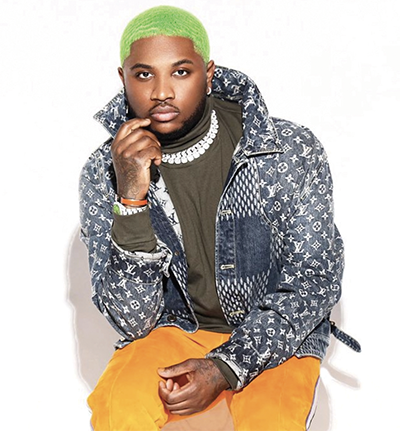 Celebrity Hair Stylist of the Year  At 33 years of age, he earned fame as a wig maker for popular celebrities and artists including Kylie Jenner, Teyana Taylor, SZA, Nicki Minaj, and Ari Fletcher. He works primarily with African American artists so often called “Black Hollywood Slayer”. He started working on hair when he was only 11-year-old because of his mother who worked at a salon. Originally from Chicago, he moved to Atlanta in 2015 holding only a thousand dollar at hands. Luckily, he started working with a celebrity client shortly after his arrival, and his creative and glamorous styles were recognized and made progress. He not only makes celebrity wigs but also sell directly on his website in addition to bags, closures, bundles, and eyelashes. You can peek at the glamorous recent trends of Southern Hip Hop scene via his social media posts.

One-pick Stylist for African American Artists  Celebrities, especially female hiphop artists, seek outstanding glamorousness above all. In a current industry dynamic, you can be choked out among numerous artists unless you standout with radical and creative styling. This lifted his unique and glamorous styles to the current reputation that he receives in the industry. Especially, the natural-looking and delicate hairlines make those wigs unbelievably naturalistic.

Leave the red carpet and photo shoots to me! 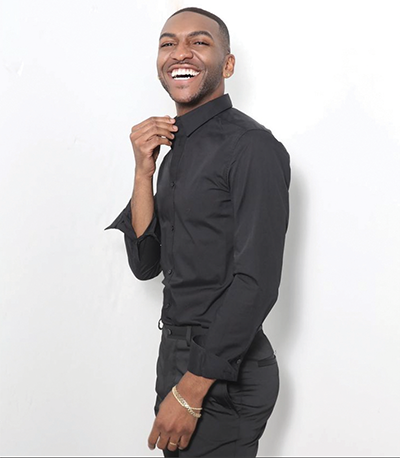 Nominated for Textured Hair Stylist of the Year   Started in his 18 years of age, he has been working as a celebrity hair designer for more than eleven years. Famous for stylists for Mariah Carey, Jhene Aiko, Normani, Zendaya, and Saweetie. If you are an African American woman, you probably have worn a style of his creation at least once. That is how influential he is, and he is mostly styling hairs for celebrity photo shoots and red carpet appearances. Notably, he is the hair stylist for “The Real”, a lifestyle talk show targeting African American females in the age range of 18–34, through which he won an Emmy Award for hairstylist and have been influencing many women. 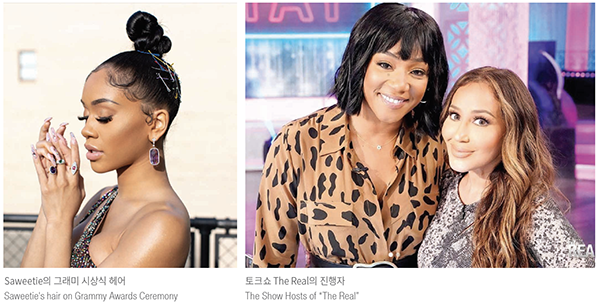 On “SHOP MY SHELF”, he disclosed the essential items per category.
*SHOP MY SHELF: An online website where the top beauty experts disclose the products they personally use and recommend, also featuring purchase links. www.shopmyshelf.us

Delicate Stitch Braids for Only the Most Skilled 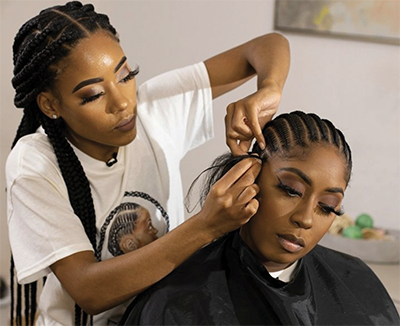 Nominated for Textured Hair Stylist of the Year  Since she was eight years old, she learned how to braid while braiding her sisters’ hair. She became a professional braider five years ago. She earned fandom as an influencer when she uploaded a Youtube video to share her braiding know-hows in 2017, and currently she has 320k subscribers. She has made various video clips covering from Knotless braiding to jumbo braiding, stitch braiding, and so on for DIY styles. She boasts her superior stitch braiding techniques, touting a clean and sharp line, which brings her clients out of their home states. She is currently featuring in online programs with a formal braiding curriculum.

Stitch Braid  A style originated from Ghana braids and feed-in cornrows, it features a broader line than usual feed-in braids within the braid box. You will need a lot more pomade gel to apply across the entire lines compared to regular braids.