This April, Kmart closed another location in Avenel, New Jersey, making only three locations surviving nationally. One of the most iconic discount retail chain Kmart is becoming a relic of history.

Kmart once boasted 2,440 locations with more than 300,000 employees across the country.

Since the first Kmart store opened in Garden City, Michigan in 1962, it added 17 more locations in the same year, expanding to 162 locations in just four years. In 1970s, people said you can find a new Kmart store every week, and the explosive growth continued until 1995. As of 1995, Kmart had 2,000 locations. According to a research, 95% of Americans lived within 15 miles radius from a Kmart location. At the time, Kmart was the 15th biggest company in the world, and it continued to expand by acquiring Sports Authority and Office Max. The first Walmart store opened about the same time and had 1,721 locations in 1990, but at the time, Kmart boasted 2,330 locations. The Chapter 11 bankruptcy by Kmart in 2002 was so shocking because of the brilliant success. 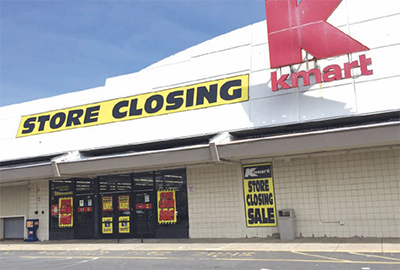 Having a large retail floor with variety of goods offered at affordable price was Kmart’s thing. Its Martha Stewart Living and Disney Kids Apparel created some fandom, and the Blue Light Special, unannounced sales event that surprised in-store customers with a blue light and loud siren, brought pleasant surprise to many shoppers. However, Kmart failed to keep up with consumption trend, and Walmart and Target store pushed it out of the competition. Last April, Kmart’s closure at Avenel, NJ was announced, and people gathered online to share their Kmart moments. Many got nostalgic about the place. However, their stories revealed reasons behind Kmart’s fall.

The Washington Post pointed out that Kmart did not carry items preferred by its customers, failed to manage itemized inventory, and lacked satisfactory customer service. Many customers pointed fingers to the similar traits in the online posts. Unorganized sales floor, outdated store, and lack of additional facilities did not meet the shopper’s expectation of “experience.”

For immigrants who came to the U.S. in ’80s and ’90s, Kmart was the first place to go when you have something in need. Mr. Kim who was 13 years old when he moved to Maryland in late 1980s with his family remembered that every weekend his family shopped at Kmart. The turning point for him that made him stop going to Kmart was when a jacket his dad bought at Kmart for him was ruined by a torn caused by a small tree branch. Mr. Kim says, “we didn’t expect an outstanding quality for goods sold at Kmart because it’s known to carry inexpensive goods. However, having a totally ruined jacket for a tiny torn from a tree branch was a bit too much.” School kids started to make fun of Kmart, too. When his school bus passed a Kmart, some of his friends mocked him for shopping at Kmart saying, “you keep buying from Kmart all your life.” In Kim’s mind, negative impression of Kmart built up, and he eventually got to the point where he avoided going to Kmart altogether. 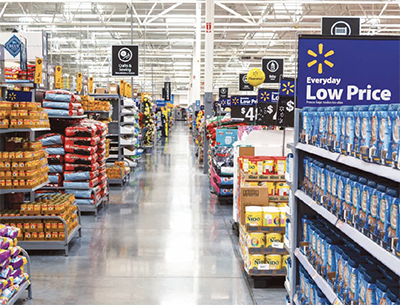 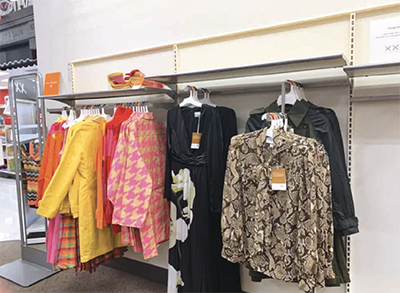 While Kmart is heading to extinction, Walmart and Target, which started around the same time, are growing continuously. Walmart focused its growth to the countryside, and it improved inventory management by placing barcode on every item. It worked with local mom-and-pop stores and built an efficient distribution system to maintain low price and inventory. It opened a membership discount store Sam’s Club to grab customers who want to buy in bulk. Walmart’s “Every Day Low Price” strategy gave customer confidence that “Walmart has the lowest price”. Target’s slogan, “Expect More, Pay Less,” reflects its aim to offer department store quality goods at an affordable price. It brought out many goods in collaboration with famous fashion designers, and the clean store and good customer service made many fans. 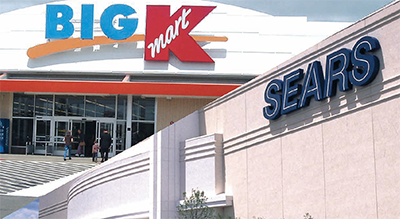 Consolidation of Kmart and Sears ©spectrumnews1

While Target quickly followed the consumer trend and Walmart diversified its business with larger Supercenters and made effort to cut price, Kmart fell behind and became a place with “no reason to go”. There was an opportunity to make changes. Edward Lampert’s hedge fund became a relief pitcher for Kmart, and it consolidated with Sears department store. However, the consolidation did not align with consumer needs, and the long-shot consolidation did not save Kmart’s from its fall. CNBC pointed out that “Kmart shoppers were not interested in tools sold at Sears, and Sears shoppers were not interested in Kmart’s general merchandise.” The coupling of two stores with no overlapping customers just pushed both stores out of business.

Expansion of business is a trend among beauty supplies, and we are witnessing some beauty supply chains expanding across the state borders. If you are interested in making a big chain, you should learn lessons from Kmart. Becoming big in volume is not always the answer. Today’s consumers are getting smarter and changing consumption pattern fast. Just an inch behind the trend, you will see lesser customers immediately. You should think about what a customer feels entering your store and what she experiences during shopping. Among Google reviews on beauty supplies, complaints about customer service are numerous. A customer may make a lasting decision about a store based on a single unpleasant experience. Beauty supplies are mainly targeting female African American customers, and you should pay attention to their interest, fashion, and items they need. If you are expanding into other regions, you should stay tuned for regional difference in consumption pattern.