Shanghai responsible for 17% of hair import; stay tuned for the status of wholesalers’ supply chain

The Chinese government maintained the strict “Covid Zero” policy since the beginning of the pandemic. China had locked down the entire Wuhan region, which was reportedly the origin of the viral infection, and this time, the international city of Shanghai is in complete lockdown. About the same time last year, China boasted the single digit daily Covid-19 confirmed cases and was confident that China would be free from mask restrictions for daily activities in the coming year. However, only a year later, Shanghai is showing no sign of control over the spreading Covid-19 virus. As of April 7, Shanghai’s daily Covid-19 confirmed cases rose to 19,982, breaking records for 6 days in a row. 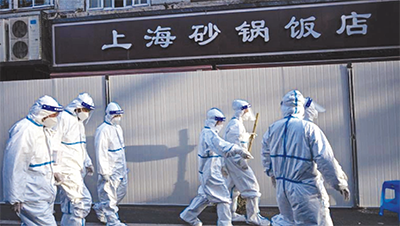 The entire city of Shanghai is under a strict lockdown ©AFP

The Port of Shanghai, dubbed the world’s biggest container port, did not avoid the impact. Shanghai Port authority stated the port is under a normal operation, but the roads and tunnels were closed, and truck drivers were required to produce negative test results, which would inevitably have a toll on the ground transportation. In fact, many analysts estimated the efficiency of freight transportation would drop due to the labor shortage. In fear of being quarantined, many drivers are reluctant to enter the city of Shanghai, reported the South China Morning Post in Hong Kong. VesselsValue, a shipping data company, disclosed that more than 300 vessels are waiting in the sea outside the Shanghai port.

Loading and docking of the ships are getting delayed, which is anticipated to result in supply chain disruption for a while. China Shipping Network recommends using Ningbo port nearby or transshipment for cargo shipped from Shanghai. Pudong district, with many shipping companies and warehouses, was hit by a bigger blow because it was included in the first stage lockdown. China has rolled out a two-stage lockdown by dividing the city into regions. 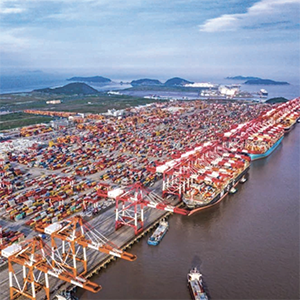 The Port of Shanghai is the No. 1 port that processes 47 million standard TEU (Twenty-foot equivalent unit) in 2021. Its daily processing reaches 128–140 thousands of TEU. The major freight routes include the West and the East Coasts of the U.S. namely Los Angeles, Seattle, New York as well as Savannah and Miami.

What would be the impact on the beauty supply industry, which relies heavily on trade with China?We reviewed the import statistics on hair products for the previous month. From March 5 to April 5, for a month-long period, shipment of hair products imported to the U.S. counted 4,570. Among those, a total of 746 shipments was sent from the Port of Shanghai. That is about 17% of the total shipment.Other major Chinese ports include Qingdao and Shenzhen, and a significant amount of shipment was sent from Singapore, Taiwan, and Hong Kong.

What ports are mainly used by those wholesalers with whom the retail business owners are familiar? Only eight shipments among the total of 322 has made its way through the Port of Shanghai. The list of companies includes Shaoyang Sunshine Hair, Jinagxi Jinyuan Hair, and Chongqing Sanqi Hair. 157 shipments, almost 48.7% of the total, were from Qingdao Port. The Port of Qingdao is ranked No. 6 globally by the total volume processed, making it smaller than the Port of Shanghai although the biggest in Northern China. It has about 200 sea routes, which are connected to about 700 international sea routes reaching 180 countries in the world.

Along with Rebecca Hair, the biggest hair company in China, many large companies including Haichuan and Ruimei used the Port of Qingdao. Rebecca mainly used the Singapore Port and the Port of Busan for its logistics.

The Shanghai authority extended the 8-day lockdown, which was imposed on March 28 as an initial response indefinitely. And as of April 7, it has been 11 days of lockdown. Due to the unstoppable spread, they doubled down on the necessity of the indefinite lockdown.

As the hair industry does not rely heavily on the Port of Shanghai, the impact may be relatively small. However, many variables exist, for example, lockdown may be imposed in other regions and airfreight may experience delays. Major new outlets, including Financial Times and CNN, warned of the global supply chain crisis due to the logistics problem in China. Wholesalers who import hair and accessories from China should regularly check the supply chain status and updates and should prepare for it.