In 2022, Afropunk made a comeback after three years of hiatus in downtown Brooklyn at Commodore Barry Park on September 10th and 11th. Afropunk is a cultural festival featuring Black music, fashion, and foods. The first in-person event after the pandemic heated up the crowd like it never did. People lined up beyond the ticketing booths and entrance and even the adjacent block of the park. 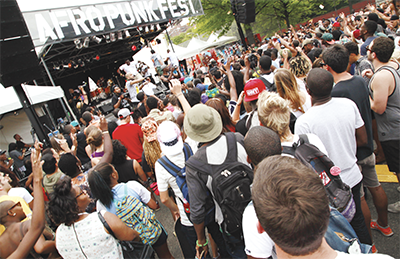 At the entrance, Afropunk’s tenets were posted in large letters. “NO SEXISM, NO RACISM, NO ABLEISM, NO AGEISM, NO HOMOPHOBIA, NO FATPHOBIA, NO TRANSPHOBIA, NO HATEFULNESS.” The statement fully conveyed the will of people in the making of a fair and safe world without discrimination or hate.

A Black Coachella, it’s often called. And the participants adorned even more extravagant fashion and makeup than any Halloween parties. Numerous reporters and broadcasters were on the scene, and participating models and celebrities heated up the already heated crowd even hotter.

One of the highlights of the event was the performance by Tierra Whack from Philadelphia who made her fame by singing the main theme song of the musical film “Black is King” by Beyoncé and Disney. Tierra Whack’s powerful performance brought genuine cheers to the crowd. A line from her lyrics, “I am tired of being modest”, was especially impressive because it sounded like she’s calling for the self-respect and celebration of Black culture. The Roots, a Hiphop crew, and Burna Boy, a rising superstar from Nigeria, made the finale stage of the festival.

In the event, the crowd gathered from all around the world from recent immigrants from Africa to those who were born and raised in the U.S.  To name a few, we saw an international student from Kenya, a model born to parents from Togo, an immigrant from Senegal, a Ghanaian cook catering Caribbean food, producers flown from LA and Chicago for the preparation of the event, and one of the most popular singers in Nigeria. It speaks of how big Afropunk is to African Americans. 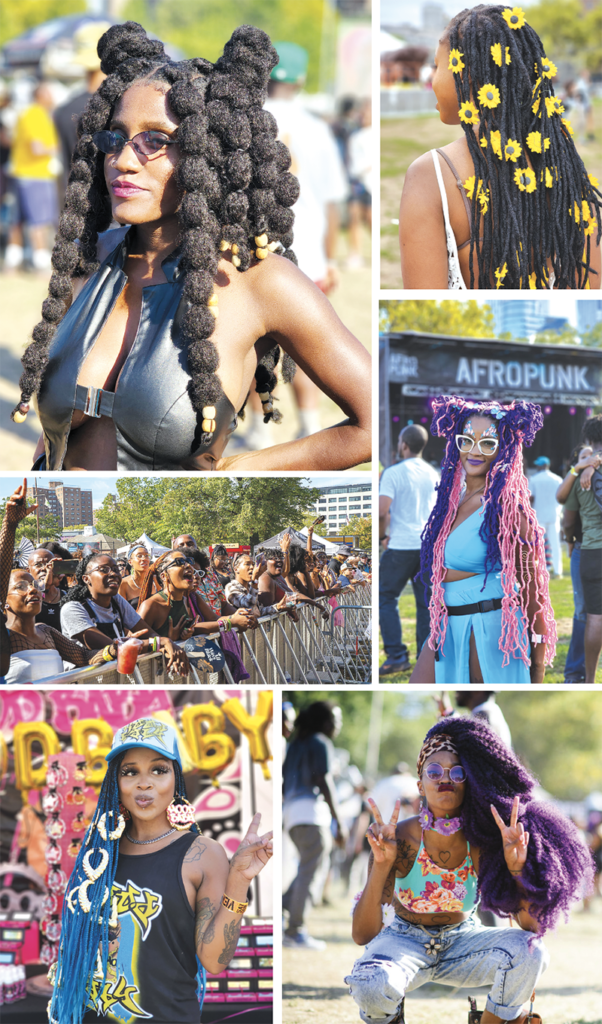 Afropunk is an event that is very popular not only in the U.S. but also globally. Befitting the event, the participants’ fashion was vibrant and colorful. After an elongated downturn of the hair and beauty industry, the event generated high expectations for the display of newer styles and trends. Among others, synthetic hair deserved a spotlight. In the year of braiding hairs which was indisputably a major driving force of the market, it was natural to see various braid style such as extra-long braids, or locs, touching the hips. You could easily spot people with synthetic crochet braids, and attractive afro styles did not miss the event.

On the second day, which was Sunday, thousands of crowds gathered despite the heavy rain. Soaked in rain, the passionate crowd stayed late through the night, and even after the final performance, there was no sign of people leaving. How does Afropunk generate so much enthusiasm among the crowd?