Return of outdoor activities, small and big events, and so on

Just decades ago, African Americans were oppressed for being Black, and they were rather shamed of their culture rather proud. Nowadays, hip-hop, and afro music and styles have become a movement beyond social recognition. African Americans with social influence brought Black identity and cultural issues to the surface and shared with many people, and various communities are introducing their audience to Black culture. 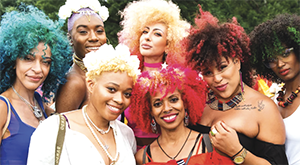 Last year, Juneteenth was observed as a U.S. national holiday for the first time. It was an official recognition after 155 years since the declaration of emancipation. As the Covid-19 related restrictions are rolling back, this summer will be full of events where you can share and experience African American culture. 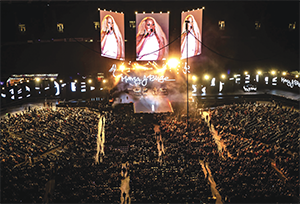 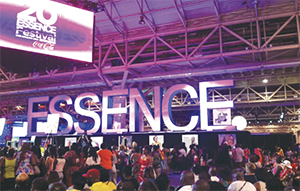 Essence festival took place for the first time in 1995 by Essence magazine, an African American fashion magazine, to commemorate its 25th anniversary. Due to the pandemic, it was not held in 2020 and 2021. Essence readers and people who enjoy African American culture gather for the event in New Orleans, Louisiana for three days in every June.

Most participants are African American women, and they come from all over the country. To meet their expectation, the event planners are known to pay special attention to the guest lineup. People with great popularity and social recognition, like Barrack Obama, Prince, Steve Harvey, and Magic Johnson, had made appearance.

This year, celebrities including Halle Berry, Nicky Minaj, Janet Jackson, and Kevin Hart made guest appearance through June 30 to July 3, and their audience flooded the event. This festival in unprecedented format covers fashion, culture and music and is loved and cherished by many, and it is becoming a major annual event. 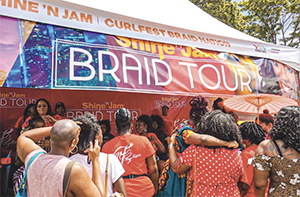 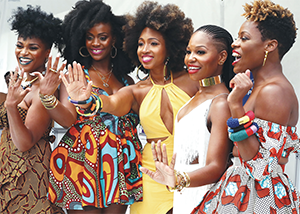 Curlfest started from an online blog called Curly Girl Collective where five friends shared their hacks and tips. They realized many people experience same issues and focused their effort on meeting people regularly and giving them lectures to share knowledge.

Especially, they focused on the hardship of natural hair care for many African Americans who are born with curly hair that looks like naturally permed. Many people simply lacked the knowledge as to how to maintain their hair. Women who relied of weavings and wigs to cover up their natural hair were told that their natural hair is beautiful.

These five friends’ blog created an unexpectedly big butterfly effect. Natural hair sensation followed, and on- and off-line events took place. Eventually, today’s Curlfest was created. This event is well known as natural beauty and music festival for African Americans, and following the immense popularity in Atlanta, the event planners are eyeing on other regions. Erika Badu, Taraji P. Henso, and so on make repeat appearance every year to boost the reputation, and many natural haircare product companies take up booths to run promotions including try-ons and free gift. You can connect with brands and African American women, and you may learn more about hair products and shop at the same time while dancing and having fun. Companies launching new brands and new products can participate, contributing to the growing popularity. 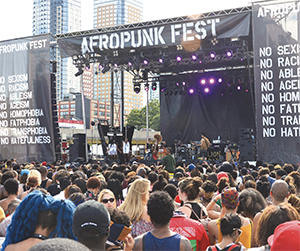 Afropunk is one of the festivals recommended by the Editor. Every genre of music and performance is on stage throughout the event with respect and love against racial and gender discrimination, homophobia, and so on as a theme.

Afropunk has become one of the most popular outdoor music festivals of New York City in summer, and the events include food trucks, live arts, and various art exhibition. Because the event is not confined within a specific genre or ethnic group, it is becoming one of the biggest festivals held in New York City. Every September, the events used to take place in multiple locations including Brooklyn, Miami, and Minneapolis, but this year, only Brooklyn event is confirmed while no definite plan for other locations since the pandemic. 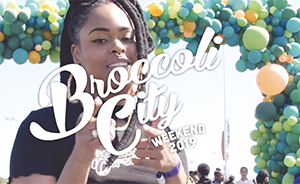 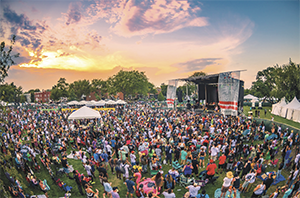 overview of the event ©bcfestival.com

Broccoli City festival has a mission to promote African American culture and community. It is annually held at Washington DC, in May, and notably, the planners and staff are all African American professionals. They aim to bring meaningful changes to Black culture by providing many opportunities, education, and resource. Numerous events are held including marathon, community activities, all-night concerts, and bazaar.

A perfect event for fans of alcoholic beverage, such as wine and beer. You can meet black owned winery and brewery business owners and their products. Participants can meet and network with others and taste various alcoholic beverages. In September in Navy Yard, Washington D.C., the event is hosted annually. This year, you can enjoy the alcoholic beverage and culture on September 10th. We believe it would be worth traveling.