A Braid Born under the Name of a Famous Black Beautician

A Braid Born under the Name of a Famous Black Beautician

An interesting pre-stretched braid was born. A well-established hair company and a well-known black female braider have come together. Since good “genes” were combined to form a single individual, the birth of a luxury product seems natural.
Famous hair company SLI provided good soil, and the #1 choice of professional braiders, Kanekalon’s Afrelle fiber became the healthy seed. Based on this fine seed and soil, Stasha M. has 20 years of experience as a leading braiding expert with 320,000 Instagram followers. Harris participated and gave birth to a handsome son named ‘Magic Fingers 3X Pre-Stretched 52” Braid‘ through hard work for over a year.
“Magic Fingers” is named after the hair salon she runs. 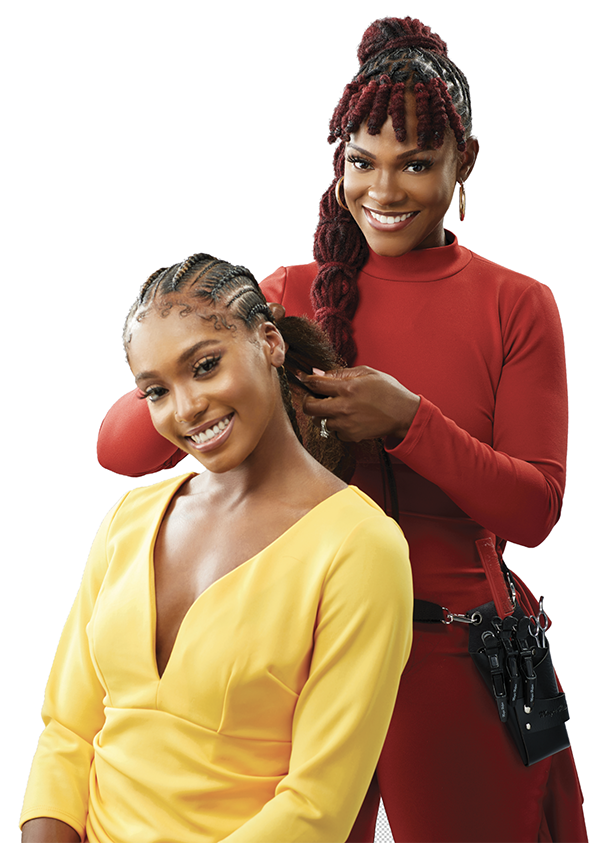 The finest Kanekalon Afrelle fiber has been further upgraded!

The head of product development, who led the project, emphasized, “We were able to upgrade the quality further by actually reflecting her opinion, the best braiding expert, throughout the project, beyond simple marketing-level collaboration.”
Kanekalon’s Aprelle fiber, which is 100% used in this product, has already been loved by braiders since long ago. The price of fiber is as high as its high quality.

Further reduced the chances of tangling.
During the yaki texture manufacturing process, the production speed was slowed by lowering the temperature of the manufacturing machine. Although of risking loss caused by slow manufacturing, the quality of the product has increased. This reduces the damage of the fiber due to high heat and minimizes the tangle of the braid by creating a consistent yaki texture from the beginning to the ends of the hair.

The star who stands out in this project is none other than Stasha. A particularly eye-catching part is the product package with Stasha’s name and face on it. This is read as a ‘blunt’ intention to make the audience aware of the fact that it was produced by Stasha herself. This seems to reflect the recent Black Lives Matter(BLM) movement and the growing interest in black-owned brands in beauty supply consumers.
This marketing strategy has occasionally been in the cosmetics industry in recent years, but it is quite unusual for a professional hair company to try it. However, it looks pretty timely. The project director said, “We will continue to pursue these projects in the future.”
It is also an important and interesting point to watch how this new business model attempted in the hair industry will pay off and how it will affect the overall hair industry in the future.