Hansang on the Global Stage

Hansang on the Global Stage
In 2023, the World Korean Business Convention will be held in Orange County, CA 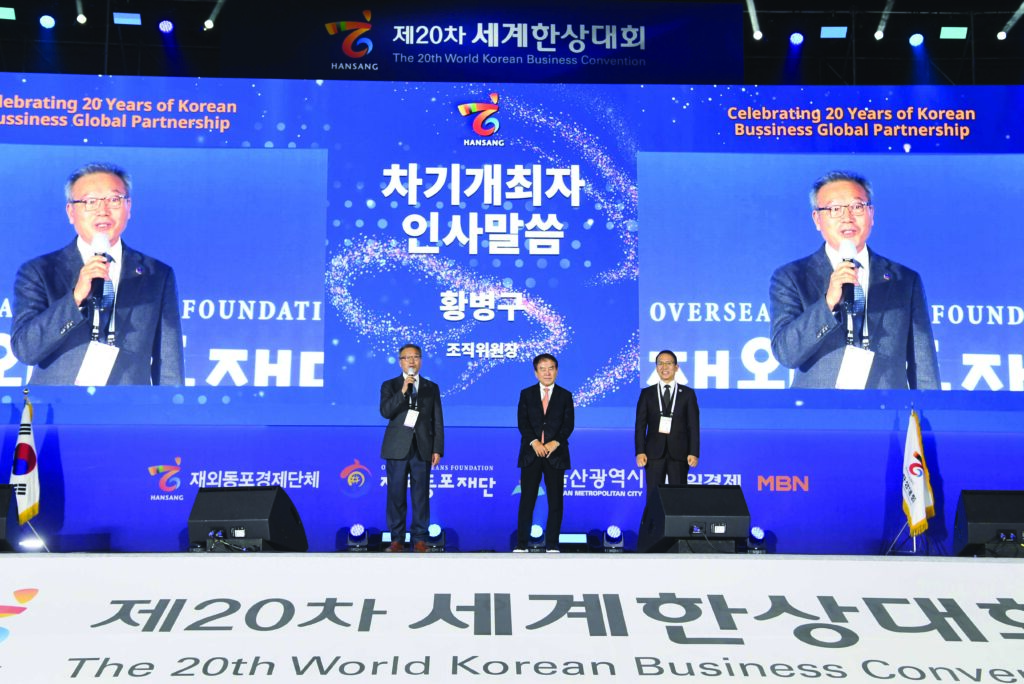 The World Korean Business Convention: the biggest stage for Korean business in the world 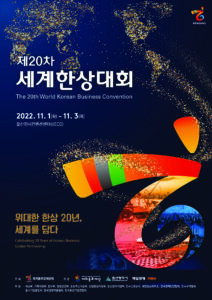 This year’s convention title was “Celebrating 20 Years of Korean Business Global Partnership”, and the event was held at Ulsan Exhibition and Convention Center from November 1-3, 2022. Due to the Covid-19 pandemic, the convention had been canceled or reduced in size for a couple of years. But this year, it was a fully offline event for the first time in three years and welcomed 2,046 Korean businessmen from 48 countries. When domestic participants for business and non-business purposes are included, a total of approximately 4,000 people visited the event hall. The business impact was outstanding. A wide variety of business programs including company exhibitions in 130 booths, the tariff and trade fair, the distribution and buyer fair, 1-on-1 business meetings, and so on produced a total of 455 business meetings and 4 MOUs worth $359.7 million in potential transaction, and through the on-site internship interviews for young adults, 59 Korean businesses from 48 countries hired 70 interns. Among others, innovative programs such as the business consulting and Startup Pitch Competition reportedly produced great results in business transactions.

In 2023, the first overseas World Korean Business Convention will be staged in the U.S.

The 21st World Korean Business Convention will be held in Orange County, California from October 11-14, 2023. In 21 years of history, it will be hosted outside Korea for the first time.

The 21st World Korean Business Convention will be co-hosted by Overseas Koreans Economic Organizations and the KACCUSA and co-organized by Overseas Koreans Foundation, Maeil Business News, and Korean American Chamber of Commerce of Orange County. According to a committee member, it has officially invited around 100 U.S. companies to encourage participation in the convention and are in talks with the U.S. Chamber of Commerce and American Association of Exporters and Importers. 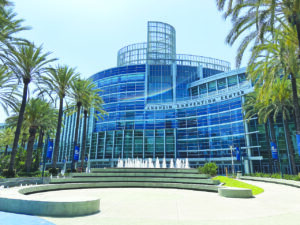 Orange County is located in the Los Angeles metropolitan area and has been home for many Korean businesses. The Korean diaspora in Orange County has hundreds of thousands in population including many senators, representatives and mayors. The Anaheim Convention Center sits right next to Disneyland Resort.

The beauty supply industry and the convention

According to the survey conducted by the KACCUSA early this year, there are 240,000 Korean businesses in the U.S. alone. There is no doubt that Korean-owned beauty supplies account for a significant part. Last August 14th, the KACCUSA and the National Federation of Beauty Suppliers (“NFBS”) executed an MOU to promise support and cooperation. 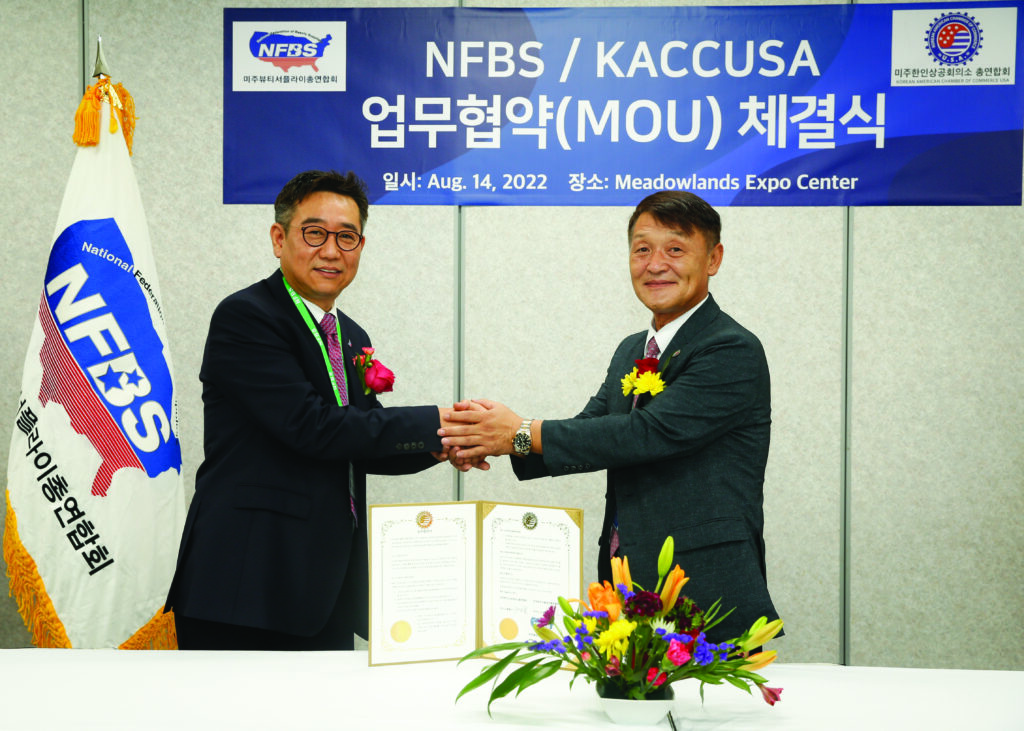 The committee is actively raising money to host a successful event. Last October, President Hwang visited BNB Magazine and said, “the South Korean government promised a billion won for the event, but it is not much per the current exchange rate. We planned a budget about ten times the amount.” And he asked for participation from Korean businesses in the U.S. 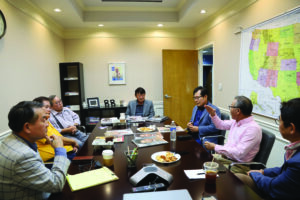 “All individual Korean businesses are eventually connected at the global stage. We are from Korea, and our global status rises with the nation’s global status. It is only the first event to be held overseas, but we want to make this U.S. event the best one, looking back from 100 years later. For that, we need your support and assistance.”