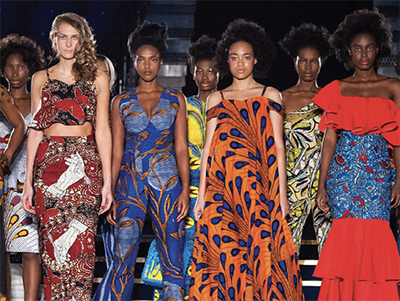 If you search African Fashion on Amazon.com, you would see a screen full of clothing and accessories in bright and vivid colors. Just take a glimpse at women’s clothes and you can easily find items featuring anywhere between six and seven hundreds reviews as well as many surpassing two to three thousands. While you will find a myriad of products having thousands of reviews, if you think about the 450 millions of African American people in America, which account for 13.5% of the pouplation, the growth potential for African Fashion is highly anticipated. Nevertheless, it is very rare for a beauty supply retail store to carry African Fashion items. This is because not many wholesalers supply African Fashion items. Looking at it in reverse, this is an unsettled blue ocean existing right beside the competitive beauty supply market of today.

What is African Fabric?

African fabric refers to textiles widely used in African continent, and depending on the country, it is differently called such as pagne, kitenge, chitenge, kanga, and wax. In Senegal, a country in Western Africa, it is simply called “wax” because of the use of paraffin wax to treat and die the fabric. The unique traditional patterns of African tribes were adopted for prints and color patterns. And they developed into more diverse colors and designs constituting the unique African fabric over time.

Meanings Attached to Colors and Patterns?

African fabric reflects the nature of Africa as well as the human energy of inhabitants, and thus it boasts vivid and glamorous colors and patterns. A fun fact is that each color and pattern has a different meaning. Hence, in African countries, you often give and receive African fabric as gifts to show appreciation or to celebrate special days.
In Ghana, a country in West Africa, kente is hand-made by people in Ashanti region with color reference as follows, which can go across the borders throughout the continent with some variations.

For each and every pattern, it bores a unique story and meaning arising from an ancient tradition. You could say it is a display of African history. Wouldn’t it be interesting to discover the stories behind African fabric?

This pattern resembles bamboo and sorghum, and it is known that women wore it to manifest superiority over other wives of her husband in polygamy societies. Of course, now it is simply one of the patterns widely worn by many women.

This pattern, called “the Brave Man’s Belt”, originated from the warrior’s belt worn before a battle. It naturally emphasizes the bravery and fearlessness of a person.

“The Elbow of Iguana” is one of the most common patterns, and it is a lucky charm. It originates from the fact that iguana is known to lead hunters to water source. Also, iguana is often a symbol for Africans who fought against foreign enemies.

This pattern is thought to be a drawing of seat cushions used by wealthy women in Mauritanian region, and it symbolizes wealth and luxury. As you would guess, wealthy women would simply lie on the cushions all day long.

This pattern translates into love within a family or a group of people. The outer circle represents the family home, and the center dot a family member. Hence, it can also mean the unity of a family.